I recently returned from my first trip back to the USA, after 2 Years of life in Japan. I’d be lying if I said it wasn’t a mixed bag of emotions. The concept of reverse culture shock, of returning to your home country after spending just a couple years away – is a real thing. I suppose in my case there is also a Big City VS. Small City contrast which plays a part. 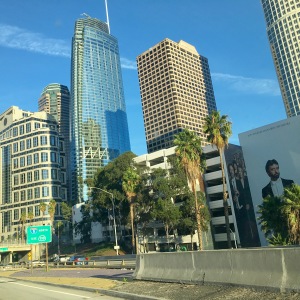 Although it was only two years away I think it was the closest that I had ever come to seeing America, specifically Southern California, from the eyes of an outsider. It had me thinking about my identity a bit.

Some of the Things That Popped Out;

Disorder:
The chaos of American is both good and bad. It feels quite liberating and free, while the lack of process can be frustrating at times. It’s good for my kids to see that this world (and life) is more than any one country or culture. A person needs to have the skill set to thrive in both an environment of chaos, or an an environment of order.

Volume:
LA is a big city, noise pollution and people are loud. But beyond the number of people, they are also unconcerned about others. Whether it’s someone speaking loudly on their cell phone, or bumping music from their car – it’s simply a louder environment. 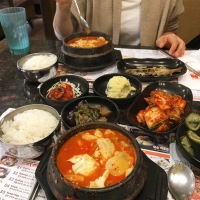 The Food:
It’s no secret that I like to eat. The city holds a range of ethnic foods that is simply unavailable in small town Japan. It was great to eat all of the things I had been missing for the last couple years, and I definitely gained a few pounds. How many tacos did I eat? I lost count! But the almost universally unhealthy food as you walk through the average grocery store (American snacks) – that’s another story. 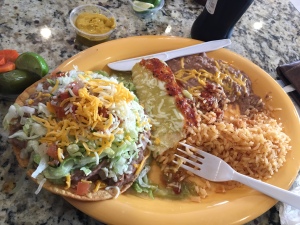 Friendliness:
While LA is not especially known as a friendly city, it sure felt welcoming to me. I imagine this was just due to being around English and feeling at-ease. Also, all those tiny conversations you have throughout the course of a day, you usually take for granted. But as a foreigner in small-town Japan, people are far more hesitant to strike up a conversation for multiple reasons.

Cleanliness:
Never underestimate the convenience of being able to walk into a clean bathroom anywhere you go. This is not the case in Los Angeles. One of the big reasons for moving to a smaller town, I got sick of telling my kids not to touch things. The pure unspoiled nature of the Japanese countryside is hard to compare with anything else. The grim of the city, I don’t miss.

Traffic:
Oh boy, the traffic. When I lived in Los Angeles I hated it, but I was used to it and tolerated it because… what choice is there? But visiting it again after getting used to a small town made me scream むり, impossible, and that I could never deal with that again.

Anxiety:
While living in Japan, the local supermarket we used to shop at was in the news recently. The police had chased a suspect into the store and gunfire was exchanged. One of the employees was caught in the crossfire and unfortunately killed – by police. While crime exists everywhere, theres no denying the number of guns and crime levels in big American cities. It’s nice to worry about my kids less in a small, relatively safe town. 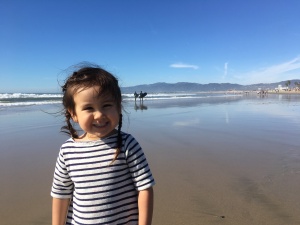 Relationships:
To have my children get to know my family and bond was/is priceless, and our time together was too short. This is a huge downside to living abroad. Seeing old friends reminded us of all the things that we have in common with them, and the close relationships we had there. We miss them. Starting over in a new country, with new priorities means that new, deep friendships come very slowly.

There’s more of course, but these are the things that most jumped out at me. But what I realized more than before, is that Japan is now my home, at least for now. I need to do a better job of making my home a place that I cherish by creating deeper bonds, reaching out to people and embracing my experience to its fullest.
Strive for fearlessness.

In my next blog post I speak more about having children caught between two cultures – Japanese and American.